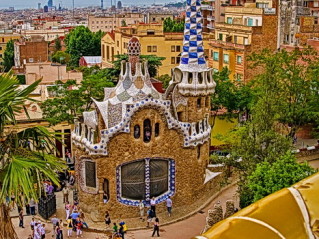 Dive into this deliciously dark tale about passion, love, loss and life and follow David Martín, the main character, through Barcelona’s murky alleys and wide avenues. David is a gifted… Read More »

Deep Down Dark: The Untold Stories of 33 Men Buried in a Chilean Mine, and the Miracle That Set Them Free, By Héctor Tobar On August 5th 2010 the San... Read More »

Paola and I just returned from two weeks in Puglia, the “heel” of Italy, where we explored small towns, villages and the regional capital of Bari relying mostly on guidebooks... Read More »

Here’s a book to add to your collection about bicycle history and advocacy.  Don’t get me wrong, Pete Jordan’s book about the history of cycling in Amsterdam doesn’t rank among... Read More »

A Lady Cyclist’s Guide to Kashgar by Suzanne Joinson

Certain places call out to me for the mystery and the allure that they exude.  Tasmania and the Afghanistan of fifty years ago fit that category, mainly because I did... Read More »

As you anticipate your bicycle travel adventure you would do well to prepare by reading some of Dervla Murphy’s bicycle narratives.  I can’t think of a better way to “gear... Read More »

The Inferno by Dan Brown

Reviewed by ExperiencePlus! Traveler Bill Giovinazzo When Dan Brown came out with his latest thriller “The Inferno,” there was no question; I had to read it. It isn’t that I... Read More »

The Hare With Amber Eyes by Edmund de Waal

If you are looking for an adventurous and entertaining tale about cycle touring, The Lead Goat Veered Off fits the bill. If you’ve been to Sardinia or plan to head... Read More »

Julie Horton reflects on Paul Howard’s Eat, Sleep, Ride: How I Braved Bears, Badlands, Big Breakfasts in My Quest to Cycle the Tour Divide and Be Brave, Be Strong: A... Read More »

In Wild, Cheryl Strayed recounts her solo 1995 1,100 mile journey along the Pacific Crest Trail from the Mojave Desert in California to the Washington border. The story is made... Read More »

Reviewed by ExperiencePlus! traveler Bill Giovinazzo. When our ExperiencePlus! bike tour passed through Florence I happened to notice the statue of Niccolo Machiavelli outside of the Uffizi Museum. He had... Read More »

by Paul Strathren. Reviewed by ExperiencePlus! traveler Bill Giovinazzo. When we rode across Italy we cycled over roads and through towns that were thousands of years old, areas that have... Read More »