Bicycling the Mediterranean: Corsica and Sardinia 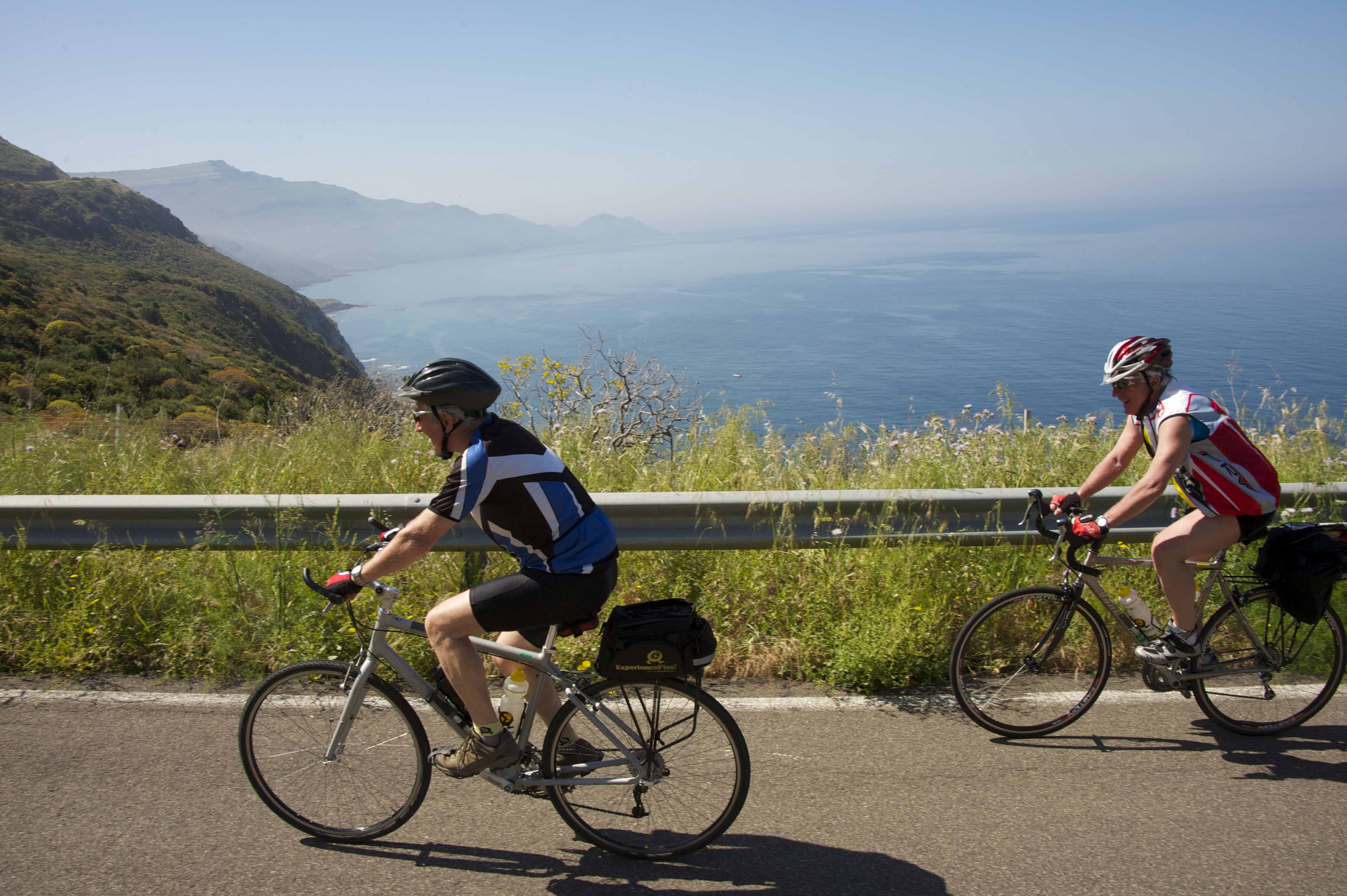 The Mediterranean is one of the world’s most attractive vacation destinations, and its islands are renowned to be amongst the finest bicycling locations on the planet. In fact two of our favorite places to bicycle are also two of the largest islands in the Mediterranean, Corsica and Sardinia which also combine easily and if you do both tours back to back you’ll save $400 per person.

Both islands have an intriguing history entwined with that of the rest of the Mediterranean basin which mixes, mashes and at times conflicts with a unique and fiercely independent people. Each island enjoys a degree of autonomy from its respective country (Sardinia is Italian, Corsica is French) and factions within each island would like complete independence! Corsica is north of Sardinia and mere kilometers away by sea, though surprisingly the two islands are quite different topographically which is great if you’d like to combine both trips! Though both are older than the Alps and were eroded to look more like the lower Jura and the Massif Central in France, Corsica had a newer Alpine “veneer” thrust over most of it when the Alps were formed.  The result is two islands of similar geologic origin with Corsica appearing more alpine in the center (the highest mountain is 8,888 feet) and Sardinia, the larger island, having lower, more rounded mountains no higher than 6,017 feet.  Both islands feature stunning mountain and coastal scenery ideal for bicycling. Add rural roads with minimal traffic, quaint hilltop villages, comfortable accommodations, great food and hospitable people and you have the ideal bicycling vacation.

We interviewed our Tour Leader and Country Coordinator in France, Jonathan Hancock, for his impressions of Corsica, and Monica Malpezzi Price, ExperiencePlus! co-owner and frequent Sardinia Tour Leader tells us about Sardinia. To see photos of these tours click on the galleries below.

Read more about Bicycling Sardinia. Or click on the photos above to see a gallery or check out the article from the March 2011 Adventure Cycling magazine.