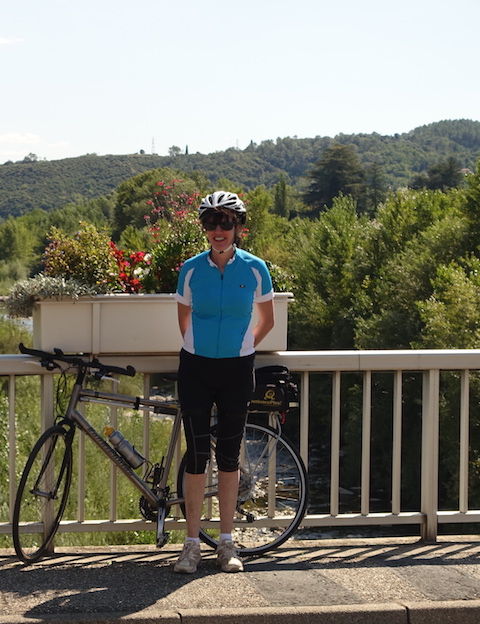 Last fall, with no bike travel experience or real training to speak of, I went on my first guided cycling tour. It was my husband’s enthusiastic “bike touring conversion” that started me down this path. He had started cycling a few years earlier and I had encouraged him to look at overseas bike tours. He liked the idea, so we started researching on the net, and finally came across an ExperiencePlus! tour he liked. Although he was still very reluctant to commit to go on that first tour, I gave him a gentle shove (as wives sometimes do), and off he went to bicycle along the Danube. He loved his first tour, and raved about it for some time after.  Desperate to have me accompany him on another one, he finally coerced me into taking my first cycling tour. Though I agreed, I was a bit “concerned” as I had absolutely no experience in this form of travel.

While never a bike traveler, or even a “cyclist”, I am an avid traveler, and I am lucky to have travelled far and wide via the more standard types of tours and general modes of transport. This time – I wanted something different. Although I had once worked with a travel agency, and had recommended many great, but standard tours, I had reached a point where I didn’t want to be the standard tourist anymore. I wanted to see a country as it really was. And I couldn’t think of a better way to sightsee – and avoid tourists than cycling. So while I accepted the challenge, I was verging on feeling – hmm how would I describe it… terrified. 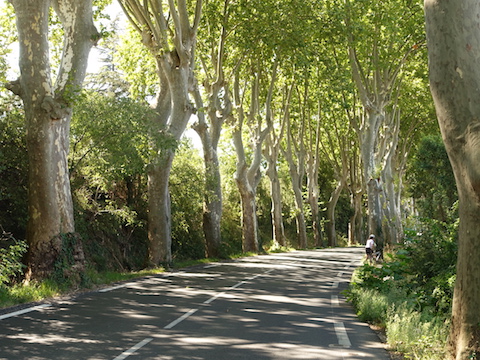 To alleviate my anxiety I began preparing for my first tour, Bicycling the South of France Plus! – with a few months of training which involved cycling around 25 km (15 miles) every few days – which I admit is not much – but it was a start.
Once during my training, I decided to cycle 60 km (37 miles) ~ but it nearly killed me.

To add to my training complications, my husband broke his ankle about 3 months before the trip, and then winter came which further hampered my bike training. It just became too cold for my comfort so the outdoor cycling stopped and I decided to focus on general fitness.  I joined the local gym, with a basic schedule of 3 days a week, and started running 30 minutes on the treadmill (with its incline settings on) and also started riding on an exercise bike. Even though I’d been training, the day of departure seemed to arrive very quickly and I still didn’t feel ready, but off we went to France, ready or not! 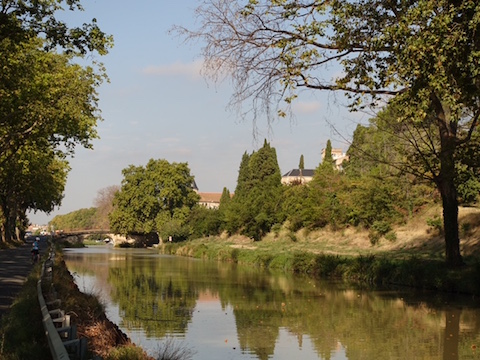 When I met the ExperiencePlus! group the first evening in France, they all seemed to be very experienced riders and  I felt like a “fish out of water” – just completely out of my depth. The next morning filled with even more self-doubt I set off.  But by the end of that wonderful first day I was a complete convert. It was an amazing transformation. The South of France is so stunningly beautiful (a bit hilly perhaps) – but wow, what a ride! Cycling alongside the ocean in Sète, on one of the best cycling paths I’ve ever seen in my life, was just fantastic. Cycling alongside the canals for miles and miles and miles was my favorite part. They were just so beautiful and peaceful.  We even had the opportunity to harvest grapes and it was awesome. I remember how the juice from the little trucks sloshed around and spilled on the road when they went uphill, and how the juice formed “mud” which made sticky, slurping sounds when it stuck to our bike tires. Castles, charming villages and pretty country lanes lined with Sycamore trees made the ride so beautiful. The hotels were all very good and the food and wine were outstanding. In fact, everything about that trip was outstanding – and nothing more so than our Guides Jo and Magali – who worked tirelessly and were always supportive and available. May I add they were great company as well? 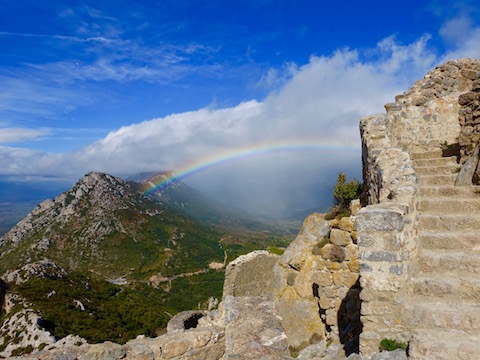 All together, this blend of ingredients resulted in a fabulous vacation that exceeded my expectations. I think it was because I didn’t feel like a tourist – but almost like a local. I recall so many great little moments, like chatting with the locals who came out on their bikes every morning to fetch their baguettes from the patisserie. All of those unique, special moments made the entire trip so memorable.

Honestly, I can’t imagine doing any other sort of trip and I certainly would not consider going with a different company. I totally understand why my husband was so excited when he talked about following the chalk arrows. The feeling is so familiar to me now and I can’t wait until our next tour which will be the Lakes of Austria and Slovenia Plus! Ljubljana in September.