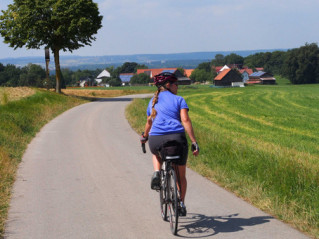 What’s So Special About Cycling in Bavaria?

When you think Germany, what images come to mind? Lederhosen, pretzels, beer, sausages? If that sounds about right, you are actually thinking of Bavaria, a very special part of Germany.... Read More »

Cycling the Best of Southern Tuscany Piccolo Hotel La Valle is situated just outside the walls of the hilltop town of Pienza, a UNESCO Heritage Site which is also famous... Read More »

Cycling the Danube This month we are featuring our inaugural ExpeditionPlus! tours along the famous Danube River.  Bicycle the entire length of the Danube, from Germany’s Black Forest to the delta... Read More »

History and Geography of the Danube River

By Rick Price, Ph.D. You probably learned in 7th grade geography that the three most important rivers of Europe are the Rhine, the Rhone, and the Danube – but that... Read More »