The Secrets of Mantua by Enrico Dal Monte 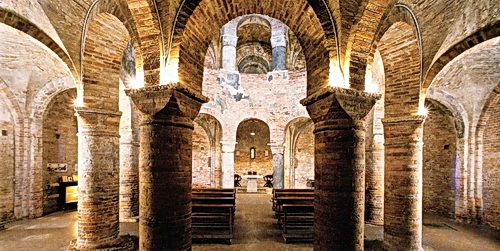 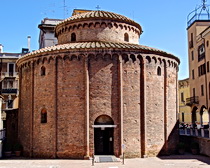 centuries.  There is one pearl in the middle of northern Italy’s Padana Valley that preserves a “magic sparkle” and has served as an inspiration for artists like Virgil, Dante, Dickens, Andersen, Shakespeare, D’annunzio, and Casanova.  The jewel of which I speak is the city of Mantua, located in the Lombardy region of Italy, and its beautiful Piazza delle Erbe.  Mantua is a city that proudly displays its residents’ wealth and prestige as seldom seen elsewhere, even in culturally-rich Italy. The city beckons you to get lost in its narrow streets, pause under arches, discover hidden gardens, and ogle at its ornate balconies. The piazza is remarkable and I particularly admire La Rotonda di San Lorenzo; a tiny 11th century Romanesque church with a fascinating history. 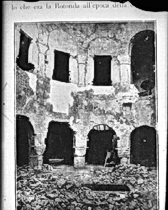 La Rotonda di San Lorenzo has a mixed history and there are a variety of legends and theories for its use throughout the centuries. It is indisputably the oldest church of Mantua, and was very likely a sancta sanctorum where the relics of the blood of Christ were kept.  This would explain why it was built a mere two meters from the Piazza delle Erbe (the biggest square in town). It has a circular shape, as if intended to be a baptistery.  It was also likely used as a pagan temple for Diana the hunting goddess. Because the interior was constructed two meters below the level of the square it is also believed to have been the entrance of a secret subterranean passageway. The Rotonda di San Lorenzo, was literally “buried alive” by the addition of edifices on its exterior, and nearly forgotten by residents. The Duke Guglielmo, also known as the “the humpback,” closed the Rotunda to worship in 1579 and for the next 300 years the building set empty, steadily decaying.  In 1906 the 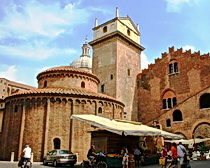 Rotonda was rediscovered and the citizens of Mantua rallied to restore the site even though many architects and contractors recommended that the building be demolished.

On May 29, 2012 an earthquake struck the area and damaged many of the monuments of the square including La Rotonda di San Lorenzo. A grass roots effort has formed to restore this building to its ancient splendor and I invite you to join in “A brick for the Rotunda” to assist in the restoration of this magnificent building.