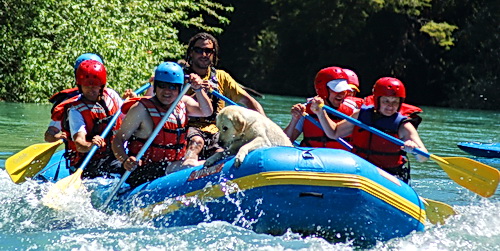 The ExpeditionPlus! concept originated back in 2006 when ExperiencePlus! co-founder Rick Price dreamed of offering continental scale tours for strong and experienced riders. The rules for expeditions needed to be different – the mileage would be  60 to 100 miles a day; the routes would be charted on paper but wouldn’t be ridden beforehand; riders would travel through remote areas that had never seen tourists, little lone bicycle tourists; the only certainty was that nothing would be certain. The kind of hardship that translates to challenge, adventure, and fun for some, and hell for others.

Since then ExpeditionPlus! cyclists have ridden from St Petersburg, Russia to Istanbul, Turkey, followed the length of the Danube River, conquered the High Andes of South America, ridden from the bottom to the top of Italy in celebration of the 150th anniversary of unification, and ridden Coast to Coast Across Patagonia from Chile to Argentina. It’s rare for us to repeat expeditions, but certain places in the world capture your imagination and beckon further exploration. Patagonia is one of those places and in January of 2015 we’ll return to South America for the ExpeditionPlus! ride across Patagonia from the Pacific coast of Chile, 700 miles to the Atlantic coast of Argentina in 17 days. This is a journey of a lifetime and a rare opportunity to explore the remote back-country of Argentina, discover Chile’s magical Chiloé island, white water raft down the famous Futaleufu river, bicycle over the Andes, and take advantage of prevailing tailwinds as you make your way across the Argentine pampas.

Here are photos and a few comments from riders on the last Patagonia Coast to Coast ExpeditionPlus! adventure back in 2009.

Tops on my list is the accomplishment of completing the trip, riding coast to coast, crossing the Andes and biking two century days. I really think the whole of the trip is much more than the sum of its parts. I booked this trip to mark the milestone of my 40th birthday, and it exceeded my every expectation. I not only challenged myself physically, I also experienced and learned about two amazing countries while getting to know an amazing group of fellow travelers. What better gift could I ask for?
Roger P. Sacramento, CA

I recently returned from the Coast to Coast South America expedition in Patagonia, and it was a wonderful, unforgettable adventure. I would have repeated it immediately … without hesitation … because I enjoyed it so much!
Linda H. Plattsmouth, NE

Are you ready for adventure? Register now and save $200, per person – we’ll be posting final prices 5/5/2014 but we already have folks interested so let us know if you want us to place you on the list!