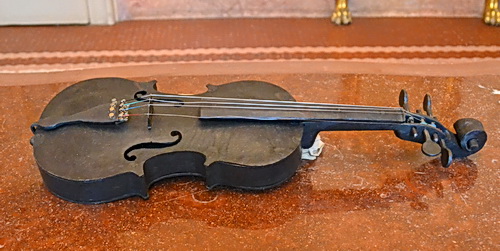 For those of you keen to discover lesser-known cities, and hidden treasures of Italy we’d like to introduce you to one of our new favorites – Cremona. Located on the north side of the Po River and a quick train ride from Milan, Cremona is easily accessed.  If you are already planning to join the Cycling Italy’s Culinary Delights tour you are in luck because your tour begins in this wonderful city.

Rather than listing the “top sites” in town, we’ve based our recommendations on things that we found particularly intriguing during our recent weekend in Cremona.  Specifically, we were struck not only by the incredible monuments nestled among the medieval, cobbled streets but also by the strong connection between the city, Stradivari and the violino, and the discovery of all kinds of “torrone” or nougat.

Stradivarius is synonymous throughout the world with the violin, and the traditional violin craftsmanship of Cremona was included in the UNESCO’s Representative List of the Intangible Cultural Heritage of Humanity in 2012. There are now over 120 violin makers, or luitai, in the city, many of them former students of the local Scuola di Liuteria. 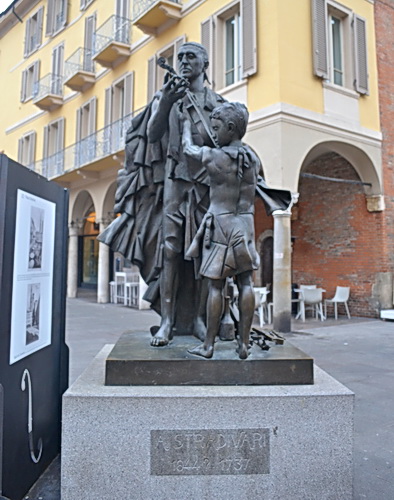 A highlight of our time in Cremona was the Museo del Violino by Fondazione Stradivari . Its exhibits document the origin of the violin, its growing popularity through the ages, and takes a fascinating look at Stradivari’s process, tools, and techniques. It’s a must visit for anyone interested in learning more about this beautiful instrument and its artists.

Cremona and the Museo del Violino are also home to the Triennale violin craftsmanship competitions which take place every 3 three years, and there is a permanent collection of the gold medal recipients. The museum’s collection also includes masterpieces of classical violins owned by the Town Hall and the Fondazione Stauffer. The violins are played according to an exact schedule and concerts are held in the renowned Giovanni Arvedi Auditorium, which is the signature piece of the museum complex and was designed by Giorgio Palù and Michele Bianchi with the support of acoustical engineer Yasuhisa Toyota. 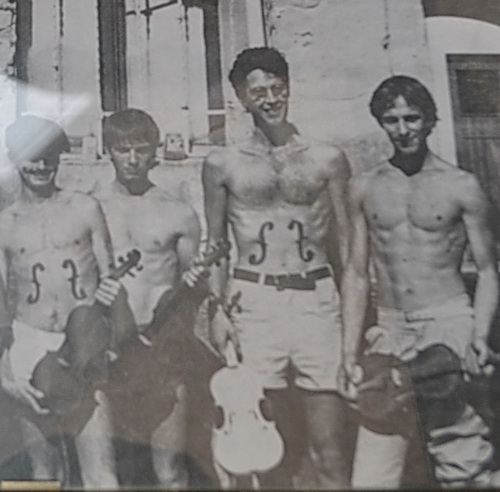 Prior to the opening of the Museo del Violino the museum was hosted in the town council buildings. We recommend a visit to these magnificent rooms which feature a variety of paintings, antique furniture, and a wonderful model of the Old City. Access is free. There is also a glorious view of the cathedral façade from the upper window. 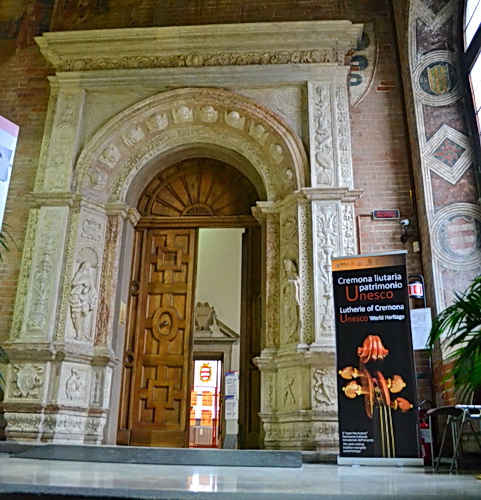 Today students of the Scuola di Liuteria, come from all over the world, and spend 5 years studying the techniques of the luthier. Many choose to remain in Cremona and as you walk along the atmospheric streets of the town center you will see many bottega di liutaio featuring foreign artists, many from Asia, as well as, various parts of Eastern Europe which also boasts an illustrious violin heritage.

Cremona is also known as the town of the 3 Ts: Touròon (the nougat), Touràss (the bell tower) and Tetàss (the generous breasts of the ladies of Cremona!) and lately also a fourth “T” for a famous Italian actor born in Cremona, Tognazzi (Tugnaz in dialect).

The bell tower, commonly called “Torrazzo”, next to the cathedral, stands 112 meters (375 feet) high and was made of two different structures, one of which lies above the other. The first one was likely built in 1267 in Romanesque style with Guelph battlements. The second is made up of two octagonal tambours placed on the top of the tower. The building was completed in 1305. The sphere and the cross on the top of the dome date back to the XVII century. 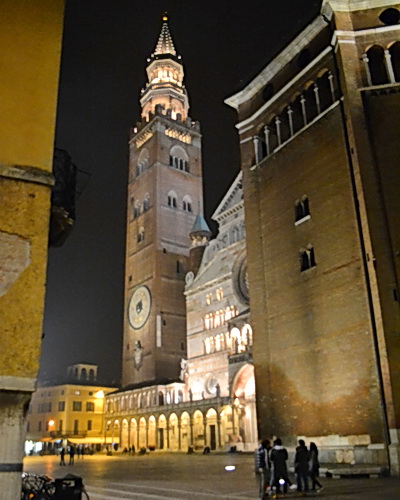 The cathedral, Duomo di Cremona, was founded in 1100 with extensions added in the 13th and 14th centuries. The foundation stone of the cathedral indicates that work began August 26th 1107. While there is no definitive information about early Christian churches pre-existing the cathedral, evidence suggests that there may have been two churches on this site. 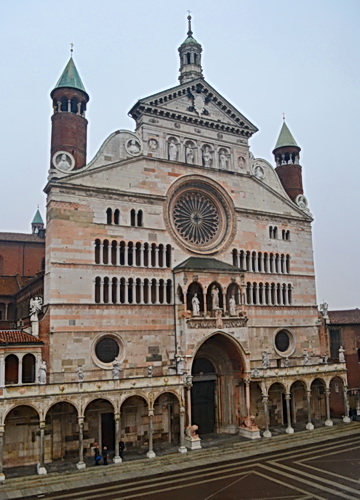 The local sweet, Torrone Sperlari, a famous Italian brand of nougat. Torrone is a traditional winter and Christmas confection in Italy and many varieties exist. Traditional versions range widely in texture (soft and chewy or hard and brittle) and may contain whole hazelnuts, almonds and pistachios or only have nut meal added to the nougat.

According to local tradition the first nougat was served in 1441 at the wedding between Francesco Sforza, Duke of Milan and Bianca Maria Visconti.  The buffet featured a delicious sweet made of nutmeats, honey and egg whites. It was fashioned in the shape of the famous tower of Cremona known as “Torrazzo”, hence the name Torrone. The Festa del Torrone is held each November and includes a reenactment of the wedding, music, traditional dances, ballet, and of course plenty of opportunities to sample Torrone.

Another product worth mentioning is Mostarda a chutney made of candied fruit, such as cherries, pears, apples, and mustard flavored syrup.  Mostarda is served with boiled meat or cheeses. 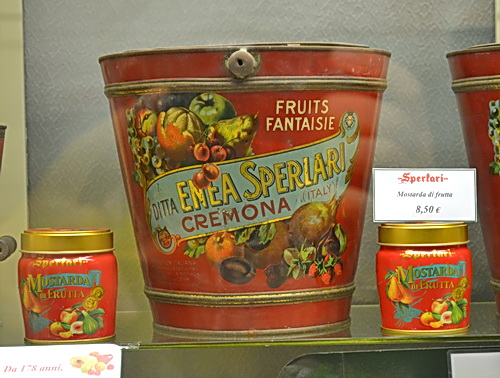 Other gourmet temptations include: marubini in brodo, filled pasta with salami filling, pumpkin ravioli, or the sbrisolona cake. We recommend a visit to Sperlari’s which was established in 1836 and is the oldest shop specializing in local gastronomy products in Cremona. One visit here and you will know why we chose Cremona as the first city for the Whole Journey’s Culinary tour!