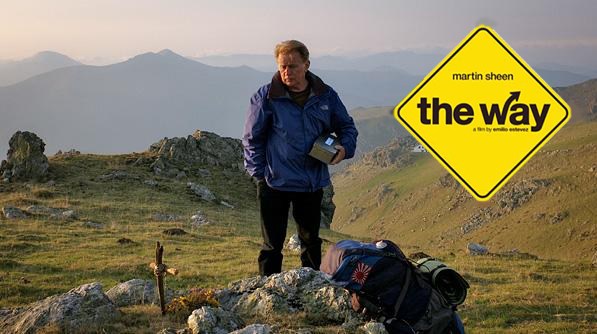 Tom, a doctor from California, was living a comfortable life on his own until he received a phone call that would change his mindset entirely. He never expected that his intent to bring his son’s body home from Spain would turn into a trek across the country on a thousand-year-old route weaving past cathedrals and small villages, vineyards, and rolling hills.

Originally, the Camino de Santiago existed as a pilgrimage route in the medieval times, and is called The Way of Saint James, whose remains lie in the Cathedral of Santiago de Compostela.  The route today still draws thousands annually from around the world to fill out their Pilgrim’s Passport and complete the pilgrimage for religious, personal, and recreational purposes.

The Way focuses more on relationships built on the walk than the history of the Camino, however.  Since every pilgrim has a motivation to make the trek, it is fascinating to watch as each person’s story is unveiled in the course of the film.  It is here where Tom begins to resonate with his son’s words: “You don’t choose a life, Dad, you live one.” 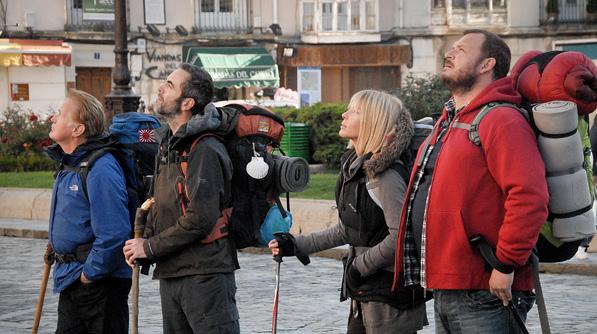 Follow a father who discovers that despite the complications of the world that surround him, there is no way to go through life alone anymore. Inspired by his son’s fervor for exploration and love for the world and the adventure of life, he sets out on the Camino and meets others on the way also searching for some clarity.  They find that as a ragtag bunch that they enjoy each others’ company, and that they need each other too.

The movie’s trailer can be found here.

You too can set out on the Way!  Some of our own pilgrims talk about their bike ride along the Camino here: http://youtu.be/hnTr9CZIJyo