A new movie is on the playbill. As the film transports you to Paris and into the kitchen of personal cook to President of the Republic of France, we warn you: you may find yourself either looking to hop on a plane to enjoy those meals for yourself, or planning a trip to ride from Paris to Marseille with us next year. Allow us to give you a brief introduction to Haute Cuisine.

Based on a true story, transplanted from her truffle farm in Le Périgord, France to Paris in the late 80s, Danièle Delpeuch (‘Hortense Laborie’ in the film) unexpectedly became the personal cook for President Mitterand, who was yearning for some home-style country food reflecting the culinary traditions of the people and country he represented. Mitterand and Delpeuch’s relationship, while scorned by many in the Main Kitchen and advisory council, held the beauty and joy of food preparation and honorable treatment of the ingredient at a paramount. 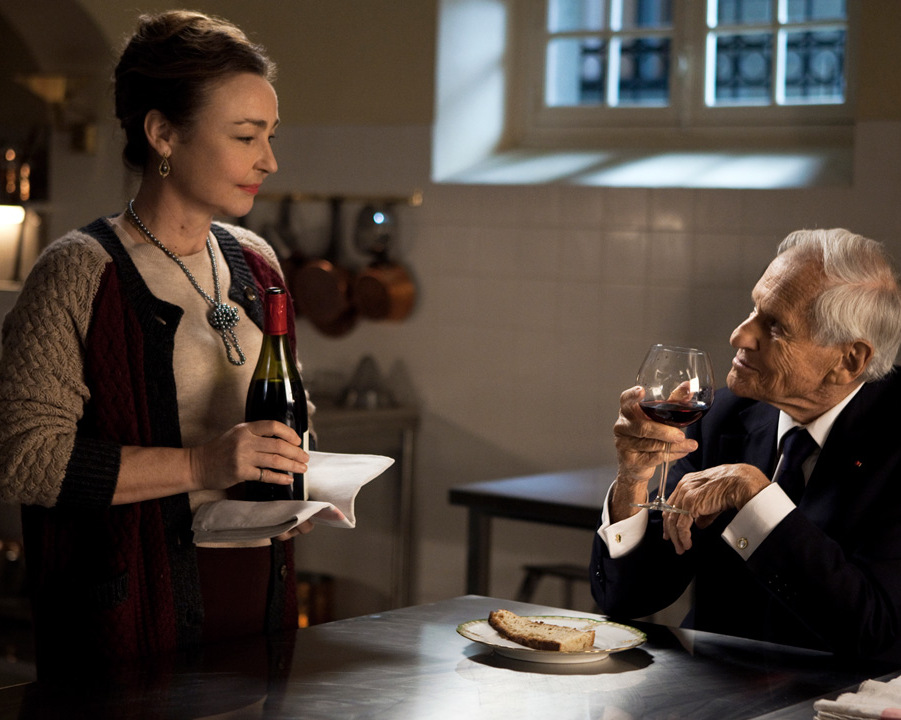 Delpeuch was a courageous woman who was a minority in this environment of a formal kitchen, constraining rules and menu-creating time frames, but she still exhibited the ability to invent recipes, evoke the memory of flavors from centuries past, and bring a smile to the President. She operated with a background of unfettered, passionate, and creative home cooking, and brought life and vibrancy to her employer through her gift of meals each day at lunch.

The film takes viewers on a small trip into this chef’s kitchen as she reads recipes aloud, orders obscure ingredients from all over France, and shaves truffles on bread. It certainly gives a glimpse of the pressure cooker that is an industrial kitchen full of accomplished (albeit egotistical) chefs, and the challenges this particular newbie experienced in her tenure at the Palace d’Elysée.

For those of you who relish French cuisine, love the sound of spoken French language, and are aching for a small glimpse into the life of a passionate cook, we would highly recommend this film.