A biography is something written in retrospect, it is always about the past. It has to be because 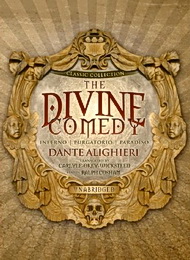 you never know at the time what is significant. Sometimes the most innocent things, like a trip to a bookstore will change your life. This happened to me while my son and I were on the ExperiencePlus! Venice to Florence bicycling tour.

When we arrived in Ravenna our tour leader, Enrico, took me to one of his favored book stores, I had been asking him if he could recommend some Italian authors. As we were wondering through the stacks I picked up some of Gustave Dore’s illustrations of the Divine Comedy. Noticing my interest, Enrico began to explain to me the importance of Dante to not just Italy, but to all literature. Curious, I bought an annotated version of “The Inferno” along with a companion book that provided additional explanation. That fateful trip to the bookstore in Ravenna began an obsession that has changed my life.

June first of this year will be the 750th anniversary of Dante Alighieri’s birth, the man known as the father of the Italian language, who wrote what is inarguably the greatest work of Western literature. James Joyce said “Italian literature begins and ends with Dante. But that is a great deal. In Dante the whole spirit of the Renaissance is to be found.” English speaking people are schooled on Shakespeare, and as much as I love the Bard of Avalon, he can only stand in Dante’s shadow.

Most people if they do approach Dante will read “The Inferno” and leave the rest of the Divine Comedy unread. That, however, is like reading “The Mutiny on the Bounty” without “Men Against the Sea” and “Pitcain’s Island” or reading “The Fellowship of The Ring” without reading the rest of the trilogy. It is a story whose main point is left unsaid. In Dante’s 14,233 line poem he tells the story of how his chaste love of Beatrice led him to salvation, a revolutionary concept at the time. To achieve that salvation we must also ascend mount Purgatory to free ourselves and the travel through the celestial realms to come face to face with God.

On this anniversary of Dante’s birth, I would encourage you to challenge yourself to experience the Divine Comedy. Now I must warn you, this is not the stuff of George R. R. Martin or Dan Brown. You don’t read Dante, you study him, but there are many fine companion books or even free lectures on the Internet such as Giuseppe Mozzatta’s series that will serve as a guide. The reward you will receive is well worth the effort.