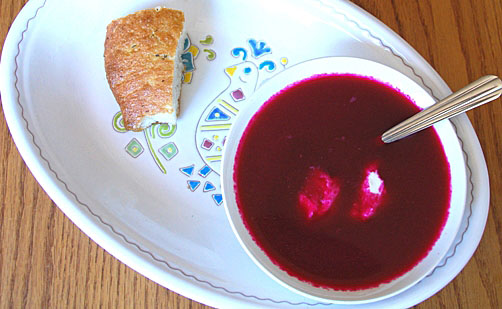 When Rick and I were in Poland about to begin our Krakow to Budapest bike tour in 2009 I tasted a delicious borscht soup. This recipe reminds me of that soup, although my memory may be faulty after a year! Knowing however that beets are abundant at this time of the year and Indian Summer makes cold soups acceptable, I found this soup quite alluring.

Just before serving, whisk in or spoon in the yogurt.