Q & A with Gabriele about his film Valetti – The Forgotten Hero 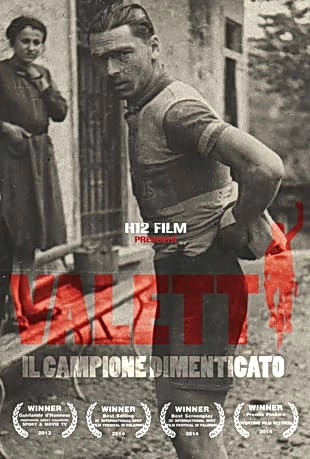 Your film explores the career of Italian racer Giovanni Valetti. His victories include the Giro d’Italia in 1938 and 1939 when Valetti beat the legendary racer Gino Bartali yet no one seems to remember his accomplishments. Valetti’s Wikipedia page offers just two short sentences about his life – how did you become aware of him?

Valetti was born 103 years ago in my small hometown, Vinovo, 10 miles south of Torino.  Our production company started in 2007 and we have produced several short movies and documentaries, often involving local history. We were looking for a great story to tell and discovered that this great champion was actually born in our town and nobody knew anything about him. Unbelievable!

You co-authored the documentary, was this your first film project?

Prior to this we produced a couple other short documentaries and four experimental short movies. The H12 FILM production group is composed of me, my brother and three of our friends. The five of us try to cover all aspects of production. I am often the executive producer along with handling research and script development. Valetti, The Forgotten Hero was our first full-length film (63 minutes).

Valetti was born in the Piedmont region of Italy which is also where you are from, is Valetti considered a local hero?

No. Valetti is still a forgotten hero. We’ve attempted to introduce him to people from the area by showing the movie, but it seems that the public, journalists, and social media 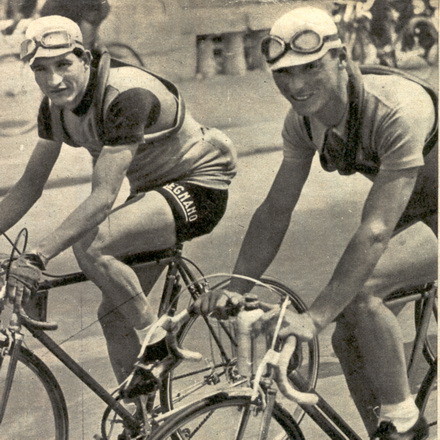 are only interested in what they already know. When people talk about the history of Italian cycling they stick with Coppi and Bartali, our popular champions. We haven’t given up and will continue our efforts to reinstate Valetti’s story as a valuable part of cycling history.

What did you find most surprising about Valetti’s story?

When I grew up it seemed that there were only two names in Italian cycling history (Gino) Bartali and (Fausto) Coppi, or as some preferred to say, Coppi and Bartali. In reality, the 1930s was an incredible and richly talented era in Italian cycling. Valetti was as bright a star as Bartali. But Valetti was a loner who never gave interviews, and seemed to intentionally avoid doing anything that might please the media. His talent was undeniable, he was a pure and modern cyclist: very strong on the flats, superb in time trials, a resilient and steady climber. A great champion by all accounts and yet I’d never heard of him prior to my research not even in my hometown which is where he was born. That’s the most incredible part of the story: he disappeared, partially because he wanted to, and partially because no one considered him fashionable enough.

The War interrupted Valetti’s cycling career and he ended up 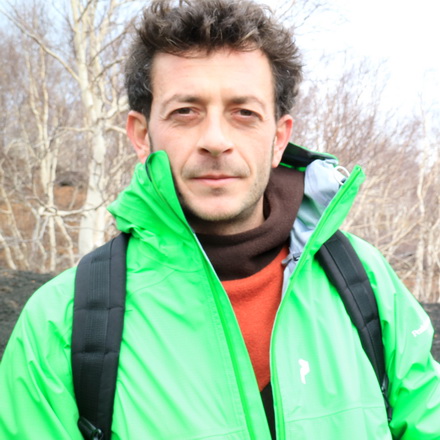 working in the same automobile factory that he started out in, does the film delve much into his personal life outside of his incredible cycling career?

No. It was impossible to get any information about him after he quit cycling. The production team thought about doing a doc-fiction of him, and include interviews of former factory workers who worked with him on the production line, but we decided that not mentioning the rest of his life was the best approach. Do you remember when Robert De Niro appears after thirty years of silence at the beginning of the movie “Once Upon a Time in America”? They ask him, “What you’ve been doing all these years?” and he replied, “I’ve been going to bed early.” That’s what Valetti did.

Is the film available in North America? If so, where can people find it?

You can rent the film on demand at Vimeo for $2.49. Make sure that you click the “CC” button on the right tool bar for English subtitles.

Any future film projects on your radar?

Yes, we wrote a script and are starting development on a full-length movie based on a novel of a Russian author, Victor Pelevin. This is a more expensive project and we need to find a producer to make it happen. We have also started to develop another documentary, about a famous writer, but for the moment it’s all top secret. Hopefully by 2017 we will have the chance to talk about it!

I noticed that Bruno Ramain is credited as Assistant Producer is that ExperiencePlus! tour leader Bruno Ramain? What’s his connection to the project and you?

Yes, Bruno Ramain the great guide from ExperiencePlus! co-produced this movie. He’s one of my best friends and has always been supportive of our projects. Unfortunately for him, our next endeavor will be more expensive! 🙂

You studied comparative literature, and worked as a game tester for Nintendo… how does that translate to guiding bicycle tours?

When I worked at Nintendo I realized that I was not meant to work in an office. Exploring the world on a bicycle and telling and hearing stories is what I love the most. Tour guiding is ideal for me — it combines my two greatest passions.

What are you most looking forward to in the 2016 ExperiencePlus! cycling season?

I will be leading tours in Piedmont, my region, and in other parts of Italy. I’m very excited about it. I also love getting to know new areas and can’t wait to dive into the local history and landscape. Sometimes I think that I talk too much but there are so many stories to share and my excitement runs away with me!

Any other questions you wish we would have asked? If so, what are they and how would you have answered?

Why should you watch this movie?

The documentary is not just the story of Valetti. It’s the story of cycling and Italy in the 1930’s, which was a very dramatic time. I’m satisfied because we managed to include an overview about the history of those days, and the fast run towards self-destruction that brought us into WWII. At the same time we show what cycling was like in its early history: the types of bicycles that champions rode, their nutrition, and we share long forgotten stories about the Giro d’Italia.