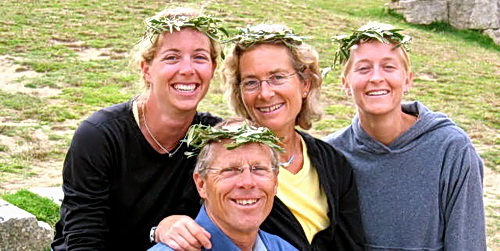 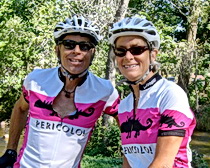 Our dream had been to ride bikes through the Italian countryside on my 60th birthday. But life got in the way, or really I should say, death changed my reality. My husband, Charley, was diagnosed with a rare form of leukemia when I was 58 and a month after my 59th birthday, he died.

My world was turned upside down. I wanted to be a good role model for my daughters who were grieving as well; I tried to put on a good front. But there was a part of me that knew I needed to keep our Italy dream alive, for Charley, but also for me. It w 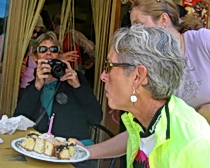 ould give me hope, and something to look forward to. Turning 60 was going to be hard enough, but without my husband of 37 years by my side, it was more than I wanted to face. Somehow I managed to pull myself together and send out a group email to friends scattered about the United States asking if anyone would be willing and able to join me on the ExperiencePlus! cycling trip through the Best of Southern Tuscany Plus! Florence, in late September. That would put me in Pienza on my 60th birthday. 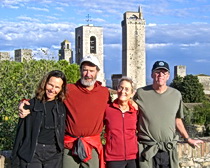 I was amazed by the response. Several were interested and in the end 5 friends committed. Three were from Alaska and two from Boulder, Colorado. We moved to Boulder from Hood River, Oregon when my husband was given his life sentence. Our two daughters lived in Denver and Charley wanted to spend his last year close to them and our first grandson, who was born six months after we moved.

My Boulder friends and I flew to Italy on September 19th, what would have been our 38th wedding anniversary. We met up with my Alaskan friends in Florence at Hotel Crocini, a funky place we returned to several times on the trip. We had a couple of da 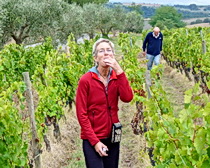 ys to tour the city before joining the ExperiencePlus! group in Assisi. The first night as we went around the circle and introduced ourselves I was honest and told the others why I was on this trip. My friends added their support as well. It set the tone for the next twelve days. Everyone welcomed us and I felt like I was part of a larger family right from the start.

I left behind a trail of tears as I pedaled my bike on the small roads that led us from one hill town to another. I cried for the beauty of the landscape as well as the great loss in my heart. The tears disappeared into thin air as I whizzed downhill passing cypress lined roads, medieval towers and old vineyards. I was happy to be here, safe among wonderful 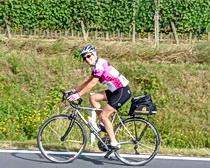 friends, but sad at all Charley was missing. One of his only regrets as he was dying was that he had never been to Italy. So, I brought some of his ashes to spread along the way at places I wanted to share with him; Assisi, Pienza, Montalcino, San Gimignao, a meadow at the top of a big climb, and after the bicycle trip was over when my friends and I traveled a bit more, in Venice. We visited churches in small towns along the route and I lit candles for Charley when I felt moved. I have never been a religious person, but the quiet and the coolness of the churches brought me a sense of peace. 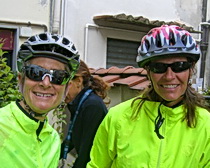 The twelve days passed quickly. I felt myself becoming stronger mentally and physically. The tears didn’t come as often, instead I remembered the good times, the colorful past we had shared. I started being able to imagine a life on my own, with good friends to keep me strong. Spending much of the day outdoors, pedaling up those hills, gave me many hours to ponder my life. The good food and the delicious red wines nourished my body as well as my soul. The camaraderie of new friends along with my dear old friends made for many heartfelt laughs, something I 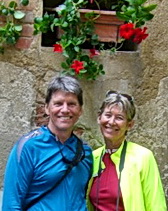 wasn’t sure I was still capable of.  I came home ready to embrace life again, as a 60 year old woman, eager to travel and have more adventures. I knew then, that I would be back, on another ExperiencePlus! trip, sooner rather than later.

In October, 2 years later, I am headed to Puglia, with my two Boulder friends. This time it is my friend who will be celebrating a new decade, turning 70. Four friends from Oregon will be coming along as well. Another reunion of good friends.

I can’t think of a better way to celebrate life and to usher in a new decade.

This will be my 4th Experience Plus trip. I rode from Venice to Florence with my daughter, a trip from Athens to Olympia with my husband and two daughters, the Cycling the Best of Southern Tuscany Plus! Florence trip and now Puglia – Cycling Southern Italy Plus! the Ionian Seaside this fall.