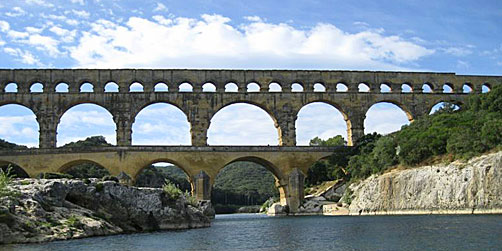 Just when you thought Provence couldn’t get any better ExperiencePlus! has combined two of our most popular tours in France to create one spectacular tour that has it all. Drawing on decades of our traveler’s reviews about what they like best in Provence we have included every highlight in our new 8 day Best of Provence and the 11 day Plus! the Luberon and Aix-en-Provence itineraries. Not only have we hand-picked the best locations, but we’ll take you behind the scenes throughout the tour for some unforgettable culinary experiences like dining at a local chef’s home, exploring local markets, tasting different types of olive oil, and pairing the great reds and rosés of Provence with exquisite local cuisine.

Writers, poets, painters and romantics have been drawn to Provence for centuries. Its unique light inspired both Vincent Van Gogh and Paul Cézanne to do some of their most prolific work there. For a good portion of this tour we are surrounded by the landscapes eternalized with the brush strokes of these remarkable artists. The quaint villages and relaxed way of life in Provence were also an inspiration for French literary figure Jean Racine, who as an adolescent wrote back to his friends in Paris stating that “our nights are more beautiful than your days.” Additionally, few regions can boast such a concentration of architectural highlights steeped in Roman and medieval history. One can imagine the impact the Romans had on Provence after living there for over 400 years. The Pont du Gard, a masterpiece of Roman architecture, built in the first century A.D. still remains. Made of limestone blocks weighing up to six tons put in place without mortar using a system of pulleys and ropes, the Romans built this impressive aqueduct to carry over 200 million gallons of water per day to the public baths, fountains, and private homes of Nimes. Our tour begins in Arles, where Roman monuments fill the town to include an arena, a theater, thermal baths and a necropolis. We’ll also enjoy 2 nights in Uzès, whose entire town center has been classified as a historic monument. You will find yourself captivated at every cobblestone turn.

Our new itinerary includes the 11th century Cistercian abbey of Sénanque. Nestled in a valley at the end of a long field of lavender, this well-preserved abbey is still active and run by monks who live there. We’ve also added an especially romantic stay in the village of Fontaine-de-Vaucluse. Surrounded by an imposing limestone cliff from under which surges the spring of the Sorgue River, it was here that the 14th century Italian poet Petrarch gave up his vocation as a priest in order to write over 350 love poems to a Provencal woman he met named Laure.

We highly recommend staying for the 11-day itinerary because no cycling trip to Provence would be complete without the perched villages of the Luberon valley that provided the setting for many of best-selling author Peter Mayle’s books including A Year in Provence. Gordes, Ménerbes, Lacoste, Bonnieux… these villages gaze at each other from across the valley and each one could be explored at length through a myriad of tiny streets, hidden cafes, and stunning vistas. The Plus! version ends with a true highlight, Aix-en-Provence. A long-standing symbol of Provence, Aix embodies the essence of tree lined avenues, quaint squares cooled by lazy fountains, and a time-honored café culture. Forever impervious to Aix’s bourgeois buzz the grandiose Sainte Victoire mountain stands on the outskirts of town. The Sainte Victoire was painted over 60 times by Cézanne – each attempt captures a different angle or light, its intriguing outline and limestone contours seemingly change before your eyes.

With so many wonderful places to choose from it’s no wonder that travelers rave about Provence. Peruse our photo gallery and join us for either our 8 or 11 day Bicycling the Best of Provence tours and discover all the amazing places you’ve heard about by bicycle!