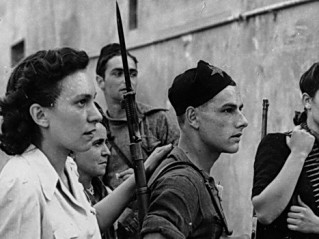 “My Italian Secret:  the Forgotten Heroes,” written, produced and directed by Oren Jacoby, 2014.  Now available on Netflix.com. It seems that we will never know the full story of the… Read More »

Looking for an opportunity to get some Irish culture, to savor the flavor and sound of traditional food and music of the Emerald Isle? Go ahead and rent a movie... Read More »

Movie Review: The Way     Directed by Emilio Estevez Tom, a doctor from California, was living a comfortable life on his own until he received a phone call that... Read More »