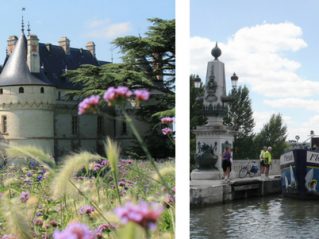 Few countries stir the imagination like France. You may have already pictured yourself bicycling through small villages composed of beautiful stone buildings, quaint cafés, and Romanesque churches that gaze across… Read More »

“Merci Beau Coup” Means “Thank You” in Italian, Too The clear morning followed a special evening for our group on the Little Tour of Tuscany; the night before had been... Read More »