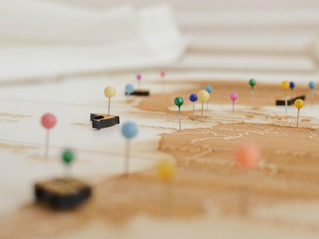 Four Bike Tours You Might Have Missed Last month we shared our top-selling destinations (thus far) for 2017. This prompted some fun conversation within the office that began along the… Read More »

“Walk On The Water” Of Lake Iseo This Summer Visit Christo’s “Floating Piers” In The Italian Lakes District This summer, from June 18 to July 3, 2016, internationally-renowned environmental artist Christo will... Read More »

“And, Como! Thou, a treasure whom the earth keeps to herself,… thy chestnut woods and garden plots” as William Wordsworth wrote, seemingly breathlessly as he attempted to render his impressions... Read More »

ExperiencePlus! has re-imagined our popular cycling tours in Tuscany. You decide what works best for you: Classic Tuscany – Cycling the Best of Southern Tuscany (Plus! Florence) OR Explore off the... Read More »

How I Bicycled Across Italy In 12 Days

By ExperiencePlus! traveler JR Meda June 11: My wife, Cheri and I had waited a year to finally fly from Denver to Frankfurt, Germany on the 1st segment of our... Read More »

Bicycling the Best of Southern Tuscany Plus …

Wanting to share some of the best of Italy, the ExperiencePlus! Italian tour leaders and I desired to develop a cycling tour that would combine the most exciting areas of... Read More »

Chile: A New Destination with a Familiar Twist

In October 2009 I was fortunate enough to head south and help lead our inaugural bicycle tour through Chile’s wine country.  ExperiencePlus! is proud to be one of the first... Read More »

National Geographic Tour of a Lifetime

ExperiencePlus! Bicycle Tours is very proud to announce that our bicycle tour: Cycling the Camino de Santiago: Roncesvalles to Santiago in Spain has been recognized as one of National Geographic... Read More »

When I was asked to write about our Discover Northern Argentina bike tours, the first thing that came to my mind was: how do I begin to describe this place?... Read More »