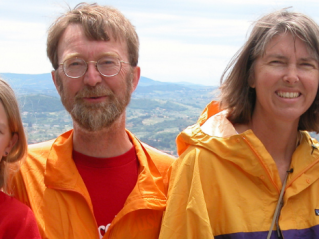 A number of years ago, former ExperiencePlus! employee Ian Wells took part of his family on their first-ever EP bicycle tour. They weren’t experienced cyclists and some members of the… Read More »

She Went, She Saw, She Cycled Q&A with S.A.T.T winner Elissa Pitts Elissa Pitts was one of our two, 2016 Send a Teacher Traveling (S.A.T.T) award winners. This summer she cycled... Read More »

You’re doing what? Why on earth….? You’re walking how far? By yourself? How long will that take you? Are you crazy? Do you speak any Spanish? Some of these questions... Read More »

Enjoying the Lakes of Austria and Slovenia

Eastern Austria is less frequented by Americans than, say, Vienna or Salzburg. But while it cannot rival the historic and cultural significance of those three-star attractions, it can certainly hold... Read More »

Cyclists of Spain by Guy Lothian

ExperiencePlus! traveler Guy Lothian impressed us with his talent for words and we love this ode that was inspired by “an afternoon encounter with some serious local cyclists” during the... Read More »

Jacqueline Malanga was the winner of the 2014 Send a Teacher Traveling Award and she’s recently returned from the ExperiencePlus! Bike Across Italy: Venice to Pisa ride so we thought... Read More »

Bicycle Patagonia: It Doesn’t Get Better Than This

By ExperiencePlus! travelers Starr and Phil Teague The Patagonia Lakes District Plus! the Island of Chiloé bicycle trip was one of our best vacation experiences ever. The biking was challenging... Read More »

ExperiencePlus! Bicycle Tours is very pleased to introduce you to the 2014 Send A Teacher Traveling Award Winner –  Jacqueline Malanga! What were your first thoughts when you received Maria... Read More »

Confessions of a Tandem Cyclist

Jim and Sari Rosokoff live in Glastonbury, CT, a suburb of Hartford.  Three years ago, Jim retired after 32 years as a solo dermatologist, after being inspired by other retired... Read More »

This month we check in with ExperiencePlus! traveler Gary Faris.  Gary has lived in Ft Collins, Colorado since 1974 and retired in April 2012.  One of his projects caught our... Read More »

Shirley Mangione has done an ExperiencePlus! cycling trip each year since 2010 and in 2013 she will do two including Catalonia’s Costa Brava in Spain and Puglia in southern Italy.... Read More »

Join ExperiencePlus! this summer to Bicycle Bavaria’s Back Roads and discover a wonderful mixture of history, and the fairy tale landscapes of the brothers Grimm.  Today some of the best-preserved... Read More »

By ExperiencePlus! traveler Tamsen Granger I just got back from the ExperiencePlus! 40th Anniversary Bike Across Italy Tour – Pisa to Venice- what a trip! It was 12 days of... Read More »

Guy Cunningham joined ExperiencePlus! on the June 1 – 15, 2012 departure of the Camino de Santiago – Roncesvalles to Santiago and fortunately for all of us he kept a... Read More »

By ExperiencePlus! Traveler Sally LaVenture Our dream had been to ride bikes through the Italian countryside on my 60th birthday. But life got in the way, or really I should... Read More »

June Wheeler and her partner Peter Herzog hail from the flatlands of Minnesota and completed their 7th ExperiencePlus! tour, Bicycling the Best of Southern Tuscany Plus! Florence in September 2011. ... Read More »

Bicycling Italy’s Veneto and the Dolomites –...

Each year at least one or two of our travelers registers for a bicycling trip that they’ve done previously. With so many places in the world to bicycle, we wonder,... Read More »