In 2022, ExperiencePlus! celebrates 50 years of guiding award-winning bicycle tours throughout Europe and beyond. Customer referrals and repeat travelers have helped us build a company that is recognized for its kind and professional tour leaders, carefully curated itineraries, and easy-to-follow arrows. The ExperiencePlus! “Re-cycle” program rewards customers for each tour they take so that the fifth tour is discounted by half the average tour price of the first four tours and the tenth tour is discounted by the average tour price of the first nine. No matter how many tours you take with us, every dollar you spend goes towards an R5 or R10 discount. As part of our 50-year celebration, we’re featuring several customers who will cash in their Re-Cycle credits this year. 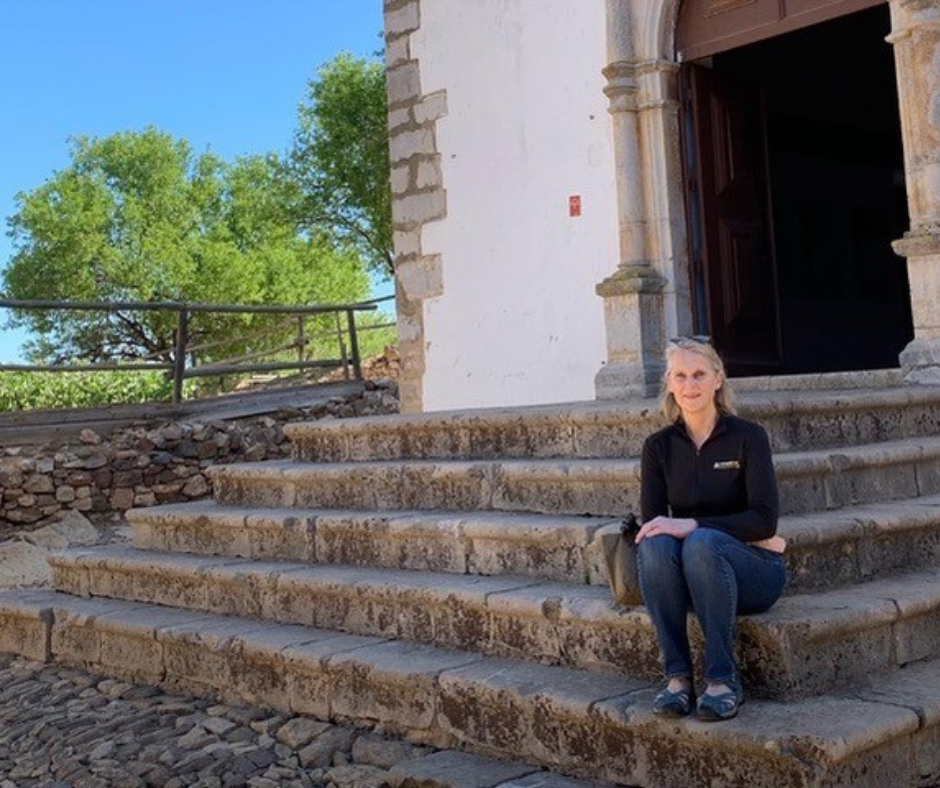 Trisha Devereux traveled with ExperiencePlus! for the first time in 2012 on Cycling Patagonia’s Lakes District Plus! the Island of Chiloé. She already loved to travel. In fact, her job leading global philanthropy for a multinational company took her away from home 50 percent of the time. Her love for cycling had already taken her on many tours throughout the States.

“I had never been to South America and decided it was time to go,” she says about her decision to head to Patagonia. It was a fortuitous step. She fell into a community of fellow cyclists who would influence the direction of her future travels. Aside from being a diverse and well-traveled group, they gave her ideas about where else to go cycling.

Trisha says that hearing other people talk about where to go cycling next changed her mindset. She stopped thinking she couldn’t afford to bicycle tour for weeks at a time because of time or money. For her next trip, Trisha headed to Spain’s Camino de Santiago.

“I absolutely loved it,” Trisha says. She encountered two familiar faces from the Patagonia tour when she joined the Camino tour in León, about half-way through. “I received a very warm welcome over vino tinto and tapas and just became part of the group,” she says. “It was one of my favorite tours.”

After the Camino, Trisha was contacted by a fellow rider who suggested she join them in Provence the next year. By then, the trend had become a pattern. “Whether it’s people I know or don’t know, there’s ease in joining a group and getting to know the other cyclists and the guides,” she says. “I trust ExperiencePlus! to manage not only logistics, routes and safety, but to show you their favorite places and experiences, like a neighborhood tapas bar in Granada or the best lunch ever at the olive oil museum in Skrip, Croatia.”

As a result, Trisha has bicycled throughout Europe and South America with tours in Spain, Germany, Italy, Chile, Argentina, France, Denmark, Croatia and Portugal.  “When I think about what sets ExperiencePlus! apart from other companies, it’s the local guides,” Trisha says.

For example, Ronny Buth, one of the German guides on her 2017 tour from Copenhagen to Berlin, was 9 years old at the time of reunification. “To hear his perspective and life experience brought so much richness to the tour,” she says. 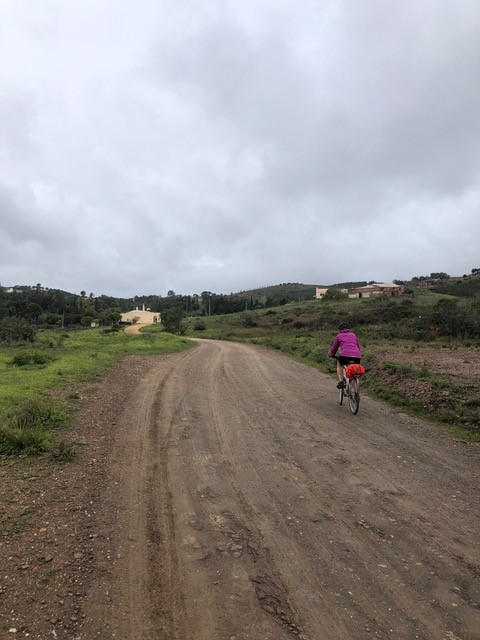 As did traveling with Portuguese tour leaders Luis Pegado and Dan Mitre in July 2021 on Cycling the Portuguese Camino: Coimbra to Santiago de Compostela. It was her first tour in almost two years. For highly exceptional reasons, Trisha was the only guest the first four days of the tour. “I had the best time with them – so much laughter and good food!” she says. Her decision to join the March 2022 Cycling the Algarve Explorer tour was in part influenced by that experience.

Trisha says the new Explorer tour style is a bit too ‘rustic’  for her preferred style of bicycle touring. But despite the simpler accommodations and meals, the tour offered beautiful, rural riding on quiet routes with mixed surfaces.  It was her first time cycling on dirt/unpaved surfaces and the experience inspired her to purchase a gravel bike and so she can do more off-road cycling.

“The ride on day 3 from Tavira to Sao Bras de Alportel was a favorite and the last day’s ride into Lagos was fun, even in the rain,” she says. (To learn more about the differences between our Classic and Explorer tours, read this Q&A with Maria Elena Price.)

Later this year, Trisha, who is now retired and calls Rhode Island home, will take her fifteenth tour with ExperiencePlus! on Cycling the Dordogne Plus! the Vineyards of Bordeaux.

“I’ll be joining Aussie friends whom I met on the Camino,” Trisha says. “I’m looking forward to seeing them and enjoying the wine, good food and beauty of the Dordogne. Things can change in a heartbeat, whether it’s health, family commitments or a global pandemic. Gotta get out there while you can!”

Thanks for getting out there with us, Trisha!