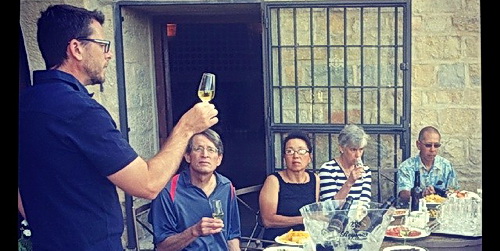 We’d like to introduce you to Philipp Alexander Schmitt, our in-house Camino de Santiago historian and specialist (he’s written a pilgrim’s diary 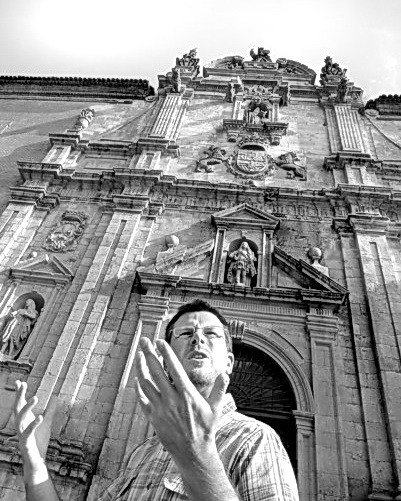 and will read from it on tour for you!).  Philipp is well-traveled, well-read, and we’re continually impressed by his knowledge of history and culture not only in Spain, but in Germany, Austria, and along the Danube River. His ability to tell stories, relate to fellow riders, and his friendly nature are all characteristics our travelers rave about.

An avid Bach aficionado and bicyclist who relishes chalking the day’s route in the early morning with lungs full of fresh air. Though some may think it odd he particularly enjoys the smell of wet leaves in the morning. He says that happiness and gratefulness for each day is what keeps him moving. When he’s not pedaling, he enjoys spending time with his daughter, hiking in the mountains, and horseback riding—seeing the world from a different kind of saddle.

If you are as passionate about books as Philipp is, you can relate to his extensive personal library and notes several favorites including “Embers” by Sándor Márai which he highly recommended for anyone who wants to ride the Danube. (If you’re dying to know the rest of his list, let us know and we’ll send it to you!)

Philipp hopes that he is ever-curious, growing in wisdom, and aims to keep on enjoying, learning, and maintaining an interest in the people around him. Someday when he’s retired, he hopes to get a house with a porch and rocking chair where people come to ask for enlightenment and he can offer Delphic advice like “Head north, when the crows fly south, my son.”

And to those of you who are headed to Catalonia’s Costa Brava, he highly recommends ‘Coca de Xocalat,’ hard to describe, he says, except that you need to try it: “it makes small bubbles of happiness play ping pong between your brains and your taste buds!”

And in closing Philipp reminds us all to never go on tour without a shower cap!