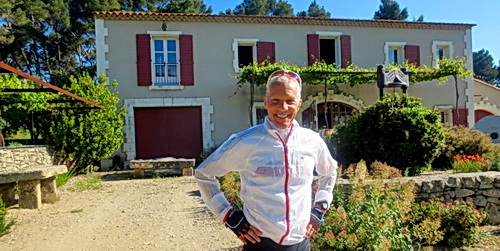 This month we check in with ExperiencePlus! traveler Gary Faris.  Gary has lived in Ft Collins, Colorado since 1974 and retired in April 2012.  One of his projects caught our attention: with his daughters he set up an endowment to help raise funds for Doctors Without Borders (DWB), we asked him a bit more about this interesting initiative and retirement.

Tell us a little bit about your post retirement life?   I love retirement!   One of the 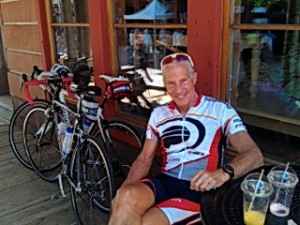 personal projects I’ve focused on is to raise funds for DWB.  I’ve also been traveling some.  I prefer to travel actively and I’ve always been drawn to Europe so that’s what led to my 1st trip with ExperiencePlus!.  I’ve done one trip in Italy (Venice to Florence) and three trips in France.  Two of the French trips were to Provence, but they were almost totally different routes and overnight stops.  I’ve come to know and appreciate French culture more with each trip and it keeps drawing me back.  This Spring I’m doing the Paris-Marseille trip.  I’m jazzed because I haven’t been to Paris and I’ll get to bike through areas I haven’t yet experienced.

When did you first become involved with Doctors Without Borders?   I’ve been 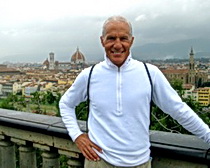 aware of DWB’s work for the past 30 years.  They are trying to relieve suffering of those in the world who are the most in need – the worst of the worst.  So seven years ago my two daughters and I set up an ongoing endowment fund with the Community Foundation of Northern Colorado to help DWB. 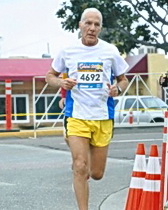 What are your hopes for the New Year?  It seems to me that hope is a paradox. We get up each day and attempt in small ways to make the world a less sorrowful place, like DWB does. We do it even though we know it’s not possible to really succeed.  Hope and joy comes from participating in trying to get there even though we know we can’t get there.  So in the coming year I want to keep working on fundraising for the DWB fund.  And I also want to balance that out by slowing life down in order to be able to savor the everyday, simple things, whether it be a bike ride or chatting with a friend.