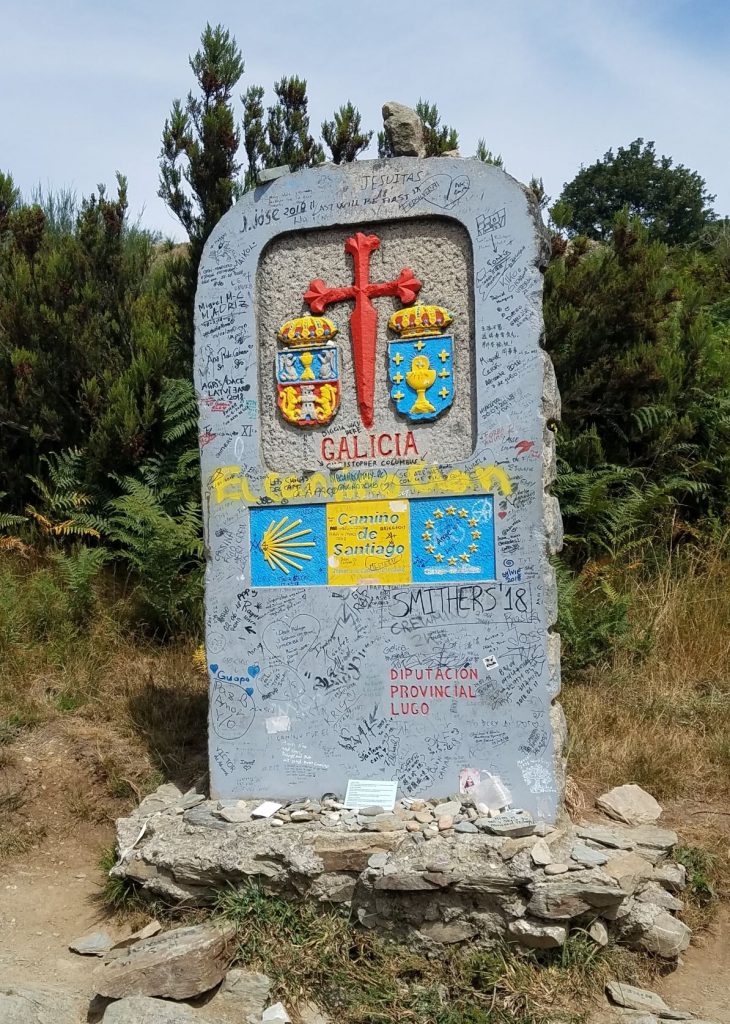 Perhaps no other ExperiencePlus! Classic tour offers as much access to soulful contemplations than Cycling the Camino de Santiago. First offered in 1997, the tour has become a bucket list adventure that attracts ‘peregrinos’ (pilgrims) from all walks of life. Whether you start in Roncesvalles near the Spain-France border, or you join halfway through in León, the Camino offers unparalleled cycle through villages and towns that have come, gone, and re-emerged due to the forces of Christianity, politics, privilege, tourism, and time.

Like the Camino itself, our bicycle tour across Northern Spain began with an idea and an opportunity. By 1996, ExperiencePlus! customers who had traveled with us in Greece and Italy were hungry for other destinations and France, Spain and Portugal provided plenty of exciting tours.

“On the Iberian Peninsula we found Cycling Through the Centuries, a touring company that had been developing personalized tours since 1986,” says Rick Price, ExperiencePlus! founder. We partnered to launch and offer a total of seven tours in Spain and Portugal. The following year, in 1997, we added Europe’s iconic journey, the Camino de Santiago.

The “Camino” known in English as the “Way” of Saint James began with medieval pilgrims as early as the 9th Century. Both the discovery of Saint James in a field near present-day Santiago de Compostela in northwestern Spain and the origins of the Camino are rooted in legends connected to religious and socio-political influence. In time, the Camino became the most important pilgrimage route for European Christians, surpassing a trek to the holy land or to Rome.

“The most fascinating thing about the Camino is that because of its history, it has an extraordinary collection of medieval architecture including churches, bridges and more,” Rick says.  “St. James himself is the patron saint of fishermen and his iconic walking staff, water gourd, and scallop shell have come to represent sacred journeys everywhere.”

Besides the historic nature of this tour another unexpected benefit of the Camino through northern Spain is the variety of cultures and landscapes it crosses. From the Pyrenees Mountains near Pamplona, followed by a few days in Basque Country, then across the Meseta Central through Burgos and León before entering the wooded hills of Galicia in the extreme northwest of the country, you experience three different languages and four provinces.

The ExperiencePlus! Camino de Santiago tour has always begun in Roncesvalles, which is home to one of the earliest pilgrims’ hospices, founded by the Bishop of Pamplona in 1127, on the entire route.  Roncesvalles is the main point of departure for pilgrims entering northern Spain from France.

From there to Santiago, the 544 miles (875 km) route has remained largely unchanged because, of course, we follow a pre-existing route. To be clear, the cycling route stays close to the official walking path, which contains a large percentage of dirt track. On our bike tour we stay on paved roads – which still are considered part of the Camino, but they are not the same place that pilgrims are walking. Throughout the years and as the Camino has gained popularity some of the smaller paved routes we use have seen more “pilgrim traffic” which is actually a benefit to the area. The infrastructure for the pilgrims has improved tremendously.  In the early 2000s the fountains in some of the smaller town squares were broken and abandoned. Today, they are remodeled and refreshing pilgrims who are traveling through from all over the world. 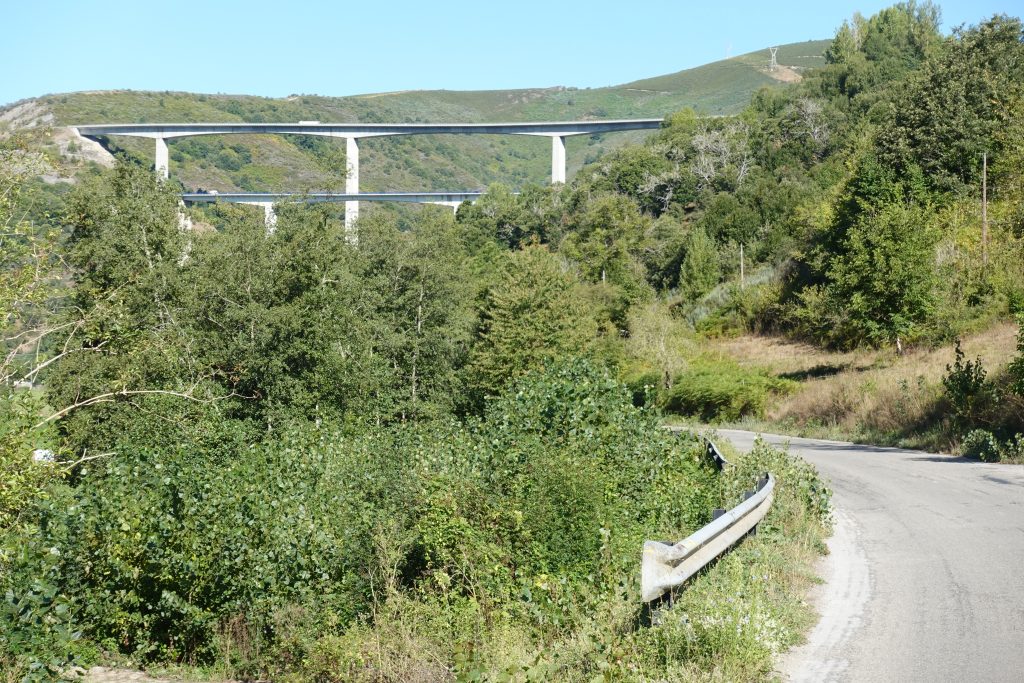 As with the Best of Provence and Bike Across Italy, road development and hotels have had the largest impact on the ExperiencePlus! Camino itinerary. Main roads along the Camino that were once heavily trafficked and avoided at all costs, have been (re)integrated into the route thanks to new road-building that diverts traffic onto bypasses and larger highways.

“Some rides like day 2 from Laguardia to Santo Domingo de la Calzada used to be much harder because we added a long, hilly 20 km detour to avoid the main road,” says tour manager and leader Joan Escosura. “The main road became doable for us after they built a highway that diverted most of the car traffic. Something similar happened leaving Burgos, but in this case we used to stay on the busy road and were thrilled when it became calm once the highway was built.”

Unlike our other classic itineraries though, today’s route is very very similar to the original (in regards to the towns where we sleep). The biggest changes were due to hotels closing or quality concerns, for example we no longer stay in O’Cebreiro although it is a magical stop. Now we keep riding to the bottom of the mountain and sleep in a wonderful rural bed and breakfast near Tricastela. An additional change will occur in 2022 for a similar reason. Pilgrims will pedal beyond Cacabelos to Canedo on Day 10 and sleep at a beautiful historic country estate.

When Joan first started leading Camino de Santiago tours with ExperiencePlus! in 2006, he recalls being surprised that many EP customers came to the tour not knowing about the pilgrimage.

“They came because of the region, the country, or the length of the route,” he says. “But everybody ends up falling in love with the Camino “experience.” It’s unique. You need to do it to understand it.” 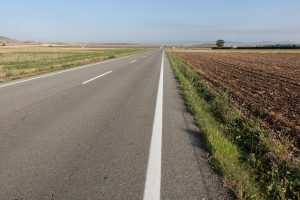 Joan’s dad would pack the family into their car and drive the entire length of the route back and forth as many as three times per year. “I was tired of those roads, towns, cities and found the whole thing so boring, mainly the meseta – just flat, goldish and endless,” he says.

When he began leading the tour for ExperiencePlus! he thought the journey would be utterly boring – especially since now he was on a bike and the meseta would take even longer.

“But surprisingly all my perception changed, I was going to Santiago, and it really changed my mind,” he says.

“The best example is the meseta. We spend 5 days traveling through a high plateau, which seems endless with the golden fields of wheat, but this is probably the most meaningful part of the Camino. This is where you just push and pedal and it seems you do not go anywhere and the scenery doesn’t change much, and so you travel to your inside. You have time to think and to be with yourself while at the same time you keep meeting up with others who more or less travel at your same rhythm. That creates a comradery which is really unique and that makes the Camino so special.”

You can bicycle the Camino de Santiago in 2022 on one of several departures. We follow the “Camino Frances” across northern Spain from June 10-24 and again from August 19-September 2. Not able to ride the full 15-day tour? Our 8-day itinerary begins in León on June 17 and August 26. We also follow the “Camino Portuguese” from Coimbra north to Santiago de Compostela with several departures between May and August.

Photos From The Past